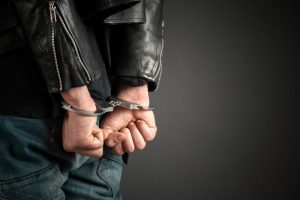 Texas has no patience for those who commit violent acts against others. State prosecutors will vigorously pursue charges and judges often show little leniency for violent individuals. This is why you face serious consequences if you have been charged with assault or aggravated assault. If convicted you may face incarceration, a permanent record, and being known as a violent offender to those who run background checks. If you or a loved one have been arrested for assault then it is important to contact a criminal defense lawyer as soon as possible. While the situation may seem desperate, it is important to understand that you have options. Joey Tellez is a Laredo, Texas attorney assisting those who have been charged with misdemeanor or felony assault. We take pride in the level of service we provide. Contact us today to schedule an initial consultation.

Assault occurs in the state of Texas when someone touches another person against their will. The touching does not have to be extreme; simply shoving someone can be considered “assault.” If no serious bodily injury occurs then a defendant will likely be charged with a misdemeanor. Such an offense would carry a sentence of up to one year in jail and a fine of up to $4,000. If serious injury occurs, or if a weapon is used while committing the offense, a defendant will likely be charged with aggravated assault, which is a second degree felony. This offense carries a sentence of up to twenty years in prison. Aggravated assault can become a first degree felony if it is committed against a certain class of individuals.

Felony cases will begin with prosecutors gaining an Indictment from the Grand Jury. A trial date will be sent and defense counsel will be provided with witness statements, police reports, and other evidence which the prosecution is required to provide. Assault cases sometimes hinge on eyewitness identifications and/or statements which the accused made to the police. If law enforcement gained the eyewitness ID’s or statements through unconstitutional procedures then it may be possible to have them ruled inadmissible in Court. Under some factual scenarios the inadmissibility of such evidence can lead to a dismissal of the charges. If a dismissal is not possible then the accused will attend a trial and attempt to prove that they either did not commit the offense or that they were acting in self defense. A jury will decide the issue of guilt or innocence and, if the accused is convicted, the judge will issue a sentence. These types of matters involve complex legal issues and it is important to retain an experienced attorney.

Our Laredo criminal defense lawyer assists those who are charged with assault. Joey Tellez will use your initial consultation to gain an understanding of what happened and to begin formulating a defense. He will enter a Notice of Representation on your behalf. Our firm will quickly gain all evidence the state is required to provide. If possible we will view the scene of the incident and interview any potential witnesses. If Joey believes that your rights were violated at the time of your arrest then he will file Motions to exclude eyewitness identifications and/or statements gained in violation of your Miranda rights. If a dismissal is not obtained, and a favorable resolution cannot be reached then we will prepare your case for trial and protect your rights throughout the process. Joey understands that this is a crucial time in your life. He will give your case the attention it deserves.

Joey understands that nothing is more important than one’s freedom. This is why he handles all matters in the firm personally. This means that you will be dealing with Joey and not an associate. He also makes attorney-client communication a priority. This includes quickly responding to phone calls, emails, and making himself available to answer your questions. We believe that everyone is entitled to the highest level of respect and this is our promise to every Laredo resident whom we represent.