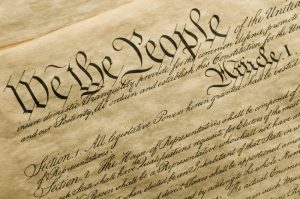 People are increasingly using the internet to share their political opinions and to report on facts which they deem newsworthy. Two popular forms of disseminating information is through a “blog” (which is short for “web log”) or through a “vlog” (which is short for “video log”). When Texas citizens use these mechanisms to investigate and report on facts then they are engaging in a form of citizen journalism. As with other journalists throughout our history, these individuals can possibly find themselves facing criminal prosecution if their reporting violates a state or federal statute. As a Laredo criminal defense lawyer, I am writing this article to discuss the fact that such reporting is entitled to the same First Amendment protections as is received by larger publications such as the New York Times or the Wall Street Journal. If you have been charged by the state of Texas, due to the nature of content that you placed online, then it is important that you speak with a lawyer immediately.

Texas prohibits an individual from receiving or soliciting non-public information from a public servant with the intent of benefiting from such information. Under state law, such conduct can be considered a third degree felony. An easy example of conduct, which would likely violate this statute, would be a land developer who obtains “inside information” from government officials about future zoning or development plans. If such an individual obtains that information with the intention of buying up land to make a profit then they would likely have committed a crime. However, in my opinion this law should not be seen as extending so far as to prohibit journalists from investigating governmental activities and then reporting on their findings if such reporting includes previously unknown information which was obtained from a government employee.

If a journalist is able to obtain previously unknown information from a government official then they often have a First Amendment right to report that information to the public. The Supreme Court held in 1971 that a prior restraint on speech is only justified if the government can show that dissemination of such information would inevitably and directly cause harm to others. New York Times v. United States (1971). Broad or blanket style restrictions, therefore, have a good chance of infringing on a journalist’s right to report. This right applies to journalists for large institutions as well as to “citizen journalists” who report through online mediums.

In my opinion, Texas’ prohibition against the dissemination of governmental information does not extend to those who are reporting to the public in a way which constitutes “citizen journalism.” Extending the statute to bar such reporting would likely violate the First Amendment to the United States Constitution. I am currently handling the case of Texas v. Villarreal, a matter in which a young woman is charged for reporting through Facebook on what she believed to be government misconduct. As stated in this Washington Post article, legal professionals feel the “…Laredo police may have picked a First Amendment fight they can’t win.” The First Amendment serves as important check on governmental power and this check applies to the state of Texas as well as its local jurisdictions.

If you have been charged in Laredo, or elsewhere in Texas, with disseminating public information over the internet then it is important that you speak with a criminal defense attorney to ensure that your first amendment rights remain protected.