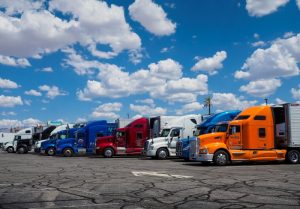 This is the next post in my series on the handling of Laredo, Texas injury cases involving a commercial semi-truck. My last article discussed the identification of defendants in a trucking accident case. It is important to understand that such matters may involve numerous defendants. These defendants can include the vehicle’s driver, the owner of the vehicle, the employer of the driver (if separate from the owner), and more. It is important that you retain an attorney who is experienced in handling such matters so that all of the possible defendants are named in an action. In this article I will discuss another important topic – how our state’s comparative fault laws apply to such accidents. If you or a loved one have been injured then contact my office today to speak with a personal injury lawyer.

The foregoing concept is best explained by way of example. Say a Laredo resident is going down the street on their bicycle. This individual veers too far into the next lane. Now say that a truck driver is in the next lane. The driver is speeding and looking at his or her cell phone as opposed to the road. The truck hits the bicycle rider. It is true that some of the fault would rest with the rider as they veered into the next lane. There is a chance, however, that the jury would find that the driver was more responsible than the bicycle rider. If the jury found that the truck driver was sixty percent responsible for the accident, and that the victim suffered $100,000 in damages, then the victim would receive $60,000 ($100,000 x 60 percent). Again, how the jury will rule in any given matter will depend on the facts of the case.

If you have been injured then it is important that you retain an attorney who is experienced in arguing before a jury. As explained above, the apportionment of fault is an issue which will be decided by the jurors. This means that your counsel must be able to explain the facts of the case in way that is concise and easy to understand. I have devoted my career to protecting the rights of others. Contact my office today to speak with a Laredo truck accident lawyer.