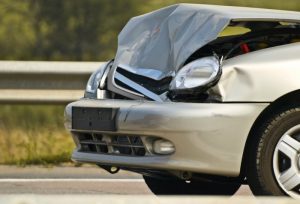 This is the next post in our series on the handling of car accidents in Laredo and elsewhere in South Texas. Our last article provided an overview of topics which this series will be addressing. It also stressed the need to speak with a personal injury attorney as soon as possible if you or a loved one have been injured. Speaking with counsel sooner, as opposed to later, is important to making sure that your rights remain fully protected. In this article we will discuss a topic which can often lead to confusion – how Texas’ comparative fault laws apply to such matters. If you are in need of assistance then contact us today to speak with a lawyer.

We have previously discussed how comparative fault applies to trucking accident cases. These same concepts apply to matters involving the negligent driver of a car. Under Texas law, a victim can receive compensation for their injuries as long as they are considered to be less than fifty-one percent responsible for the accident. The extent to which a victim will be considered liable for the incident will be decided by the jurors. Any amount that the jury awards to a victim will be reduced by that victim’s share of the fault. If the jury finds, however, that the victim was more than fifty percent responsible for the accident then the victim will be barred from recovering any compensation.

The foregoing concept is best explained by way of example. Suppose a driver changes lanes without signaling and hits another car. Obviously, the changing of lanes, without signaling, would be considered negligent. Now suppose that the second driver was speeding and texting while driving. Because the second driver was paying no attention to the road, they would not have seen a turn signal. Also, suppose that if the second driver had not been speeding then they would have been further back in traffic and not hit the first car. Under this scenario the jury may find that the second driver was more at fault for the accident than was the first driver. If, for example, the first driver is only found to be twenty percent to blame for the incident, and they suffer $100,000 in damages, then they will be awarded $80,000 ($100,000 – twenty percent). It is important to understand, however, that how the jurors will rule in any given situation is always going to depend on the specific facts of the case. It is, therefore, strongly suggested that you discuss your matter with an attorney.

When retaining a Laredo car accident lawyer, it is important that you select someone who is experienced in the conducting of jury trials. Comparative fault raises complicated issues of fact and law. Your counsel must be able to present your case to the jury in a way that is concise and easy to follow. Joey Tellez is an attorney serving our city as well as other areas in south Texas. Joey believes that everyone is entitled to aggressive representation and he strives to provide the highest levels of service. Contact our office today to schedule an initial consultation.