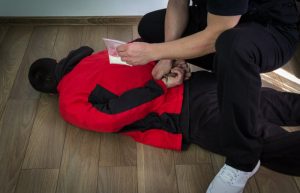 This is the next post in our series on the handling of drug charges in Laredo, Texas. Our last article discussed defending cases which involve prescription drugs. It is important that defendants take such matters seriously. Too often, people make the mistake of thinking that possessing pills is “no big deal.” Prosecutors, however, take such matters seriously. If you have been arrested then it is best to contact a criminal defense lawyer immediately. In this article we will discuss cases involving charges of drug trafficking. Contact us today to speak with an attorney.

Charges of drug trafficking are quite serious. Cases related to possessing small amounts of narcotics can sometimes be attributed to issues of addiction. Those who have been arrested for trafficking, however, are seen as attempting to profit off of the addiction of others. Such defendants can expect to receive little to no sympathy from prosecutors and judges. Depending on the amount and types involved, a defendant may be charged with something as low as a state jail felony and, at the other extreme, they may face serious prison time. Also, an accused will face potential time for any other offenses (such as the illegal possession of a weapon) with which they are charged.

Cases which involve drug trafficking charges typically hinge on either, or both, of two issues. First, it is not uncommon for law enforcement to have found the drugs through a violation of the Defendant’s rights. If the police committed an unreasonable search and seizure then it may be possible to have any discovered narcotics excluded from the Court’s proceedings on the grounds of a Fourth Amendment violation. Second, it is not uncommon for an officer to arrest someone for trafficking due to their driving a car, which contains drugs, which was not theirs. If there is doubt as to whether the individual was actually aware that there were drugs in the car, then it may be possible to defend against the charges.

One point we cannot stress enough is that you should immediately contact an experienced criminal defense attorney if you or a loved one have been arrested for trafficking. It is important that you retain counsel who is fluent in search and seizure law, who is comfortable taking a case to trial. Joey Tellez is a Laredo attorney who devotes a substantial part of his practice to defending the rights of the accused. Joey has been practicing law since 2002 and he prides himself on providing the highest level of service. Contact us today to schedule an initial consultation.