The Definitions Of Stalking And Harassment And Potential Penalties In Laredo, Texas 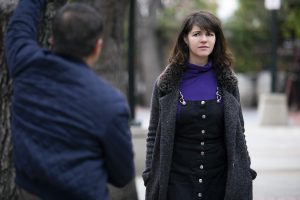 This is the next post in my series discussing harassment or stalking charges in Laredo, Texas. My last article provided an overview of the topics to be discussed throughout this series. It also stressed the importance of contacting a criminal defense attorney as soon as possible if you have been accused of such actions. Stalking and harassment are serious criminal offenses and convictions carry long-term consequences, including fines, incarceration, a criminal record, and the potential loss of rights to own weapons or vote. That is why it is important to understand the types of conduct that may result in criminal charges and the penalties that may apply. I will address both topics in this post. If you need assistance, contact my office today to speak with a Laredo criminal defense attorney.

Texas law broadly defines the types of conduct that will be considered harassment or stalking. Generally speaking, a resident who knowingly communicates or contacts another person with the intent to harass, embarrass, torment, alarm, abuse, or annoy them has engaged in illegal harassment. This may include in-person contact with a victim or electronic communications through the telephone, text messages, emails, or social media. For example, after a fight with a coworker, a woman receives forty text messages warning her from coming back to work, threatening her with physical harm, and using offensive terms. This would likely be considered harassment. Another example may include an ex-boyfriend posting an obscene picture of his ex-girlfriend on Facebook without her permission to cause embarrassment and damage her reputation. Whether conduct constitutes harassment will depend on the specific facts of the situation. For instance, one annoying text message may not equate to harassment, but the same message sent fifty times may be a criminal offense. On the other hand, a single communication may constitute harassment if it is particularly tormenting. If a person engages in the type of conduct described above but does so as part of a recurring pattern of conduct and such conduct is threatening in nature, then a defendant may find themselves charged with the more serious crime of stalking. For example, if the ex-boyfriend posts a new obscene picture once a week for several weeks, he may face stalking charges.

Convictions for either offense will result in significant criminal penalties. For first-time offenders, harassment is a Class B misdemeanor, which carries a penalty of up to 180 days in jail and a fine of up to $2,000. Subsequent convictions are treated as Class A misdemeanors, which are punishable by up to one year in jail and a maximum fine of $4,000. When the alleged offense is stalking, the accused will be charged with a third-degree felony, punishable by between two and ten years in prison. If the offender has been previously convicted of stalking, whether in Texas or elsewhere, the charges will be elevated to a second-degree felony, punishable by up to twenty years in jail. In addition to the fines and terms of imprisonment, convictions will be reflected on the offender’s permanent criminal record. The information will be available on routine background checks used for employment applications, housing, and credit checks. Convicted felons face additional long-term problems, including being prohibited under Texas and federal law from possessing a firearm in the future.

For the reasons stated above, it is imperative to retain criminal defense counsel as soon as possible to defend you against stalking and harassment charges. I have experience in such matters and am ready to assist you. Contact my Laredo office today to speak with an attorney. I also represent clients elsewhere in south Texas.