The Importance Of Discovery In Laredo, Texas Bicycle Accident Cases 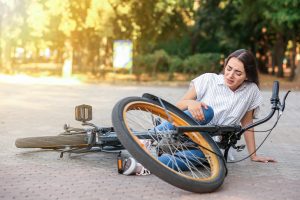 This is the next post in a series of articles discussing bicycle accident cases in Laredo, Texas. My previous article discussed the process of dealing with insurance companies after a bike crash occurs. Shortly after such an incident, victims and their families will be contacted by an insurance adjuster whose job it is to gather information about the event and ultimately minimize their financial exposure. Many people are unsure what information to provide and worry about disclosing details about the victim’s injuries or property damage sustained. Retaining a lawyer to handle the communications on your behalf can alleviate those concerns and help ensure that any settlement offers are fairly evaluated on your behalf. In this article, I will discuss an important part of bicycle crash cases: the discovery process. If you or a loved one have been injured, contact my office today to speak with an attorney.

Discovery, or the process by which attorneys gather evidence from the other party and outside sources, is an invaluable phase of personal injury litigation. Lawyers have a variety of tools at their disposal to obtain information in advance of a trial through discovery. Counsel may issue subpoenas, for instance, to gather documentary evidence such as employment records, medical reports, or police information. They may interview witnesses under oath and gather testimony through depositions. Lawyers may send written questions, call interrogatories, to individuals with information about the case. The recipients must respond to the interrogatories in writing, which responses may be used as evidence in the case. Information gathered during discovery can be used to build a victim’s case and may have a significant impact on the outcome of bike accident cases.

Consider the following example. A cyclist is struck by an oncoming delivery van at a busy intersection. While several witnesses provide statements to the police, their versions of the events leading to the crash are inconsistent. The victim’s attorney subpoenas video footage from the traffic cameras installed at the intersection, which definitively shows that the van driver did not appropriately yield to the oncoming cyclist at the time of the crash. The footage also shows the driver holding a cell phone when the accident occurred. The lawyer requests the production of the van driver’s phone records which indicate that he was sending a text message at the time as well. Finally, he deposes an accident reconstructionist who testifies that the location of the crash debris, the victim’s injuries, and the damage to the van indicate that the van was actively accelerating into the cyclist’s path when he was hit. When the information is presented to the jurors, it may be sufficient to establish the van driver’s liability for the incident.

It is important to understand that real-life trials, as opposed to those on television, do not involve surprise evidence revealed for the first time in the courtroom. In reality, the evidence presented is gathered in advance through discovery. Working with an experienced lawyer can help ensure that your case is handled properly. If you or a loved one has been injured, contact my office as soon as possible to speak with an attorney. I serve clients in Laredo and other areas of south Texas.