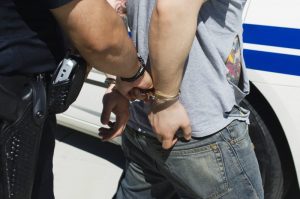 The subject of domestic violence stirs extreme feelings of anger in our society. While this is understandable, the fact of the matter is that there may be no other criminal charges which are as likely to be based on false allegations as is domestic violence. There are times where an alleged victim may be fabricating allegations in order to gain an advantage in family law proceedings. They may also simply be trying to “get even” with their significant other. It is important to understand that the state of Texas will aggressively pursue charges and that such cases are not a private matter between two parties. It is important that you retain a criminal defense lawyer experienced in handling such cases. Joey Tellez is a Laredo attorney who handles charges involving family violence and domestic assault. Joey believes that everyone is entitled to strong representation and he handles all matters in our office personally. Contact us today to schedule an initial consultation.

Texas divides domestic violence into three different classifications and each carries serious consequences. A first offense, which does not involve a weapon or serious injury, occurs when one assaults a family member, relative, or someone whom they live with. This offense will be considered a Class A misdemeanor and will carry a sentence of up to one year in jail. If the incident involved a weapon or resulted in serious injuries then the prosecution will bring aggravated domestic assault charges. This offense will result in second degree felony charges and will carry a sentence of up to twenty years in prison. If the accused has committed domestic assault on two or more occasions, in a rolling twelve month period, then charges of “continuous violence against the family will be brought.” This offense can result in up to ten years in prison. Finally, anyone convicted of domestic violence will be prohibited from possessing a firearm under both state and federal law.

Misdemeanor charges will begin with the defendant entering a plea of “guilty” or “not guilty.” A trial date will be set. Defense counsel will visit the scene of the incident, if possible, and will require evidence which the prosecution is required to provide. Such evidence can include witness statements, arrest reports, photos of the victim, etc. If statements were taken by the police, which violated the defendant’s Fifth Amendment rights, then it may be possible to exclude such statements from Court. If a favorable resolution cannot be reached then it will be necessary to take the case to trial. Trial is the opportunity to present evidence which shows that the alleged victim is either fabricating their claim or that the accused was acting in self defense. Litigating a domestic violence case can involve several complex legal issues. It is important that you retain a lawyer experienced in handling such matters.

Joey Tellez is a Laredo attorney assisting those who have been charged with domestic violence. He will use your initial consultation to gain an understanding of what happened and to begin formulating a defense. He will quickly acquire evidence from the prosecution and will conduct a thorough investigation. This investigation will include examining family court records, communication logs between yourself and the alleged victim, and other areas which may indicate a motivation for the victim to be lying. If he believes that your rights were violated then he will file any necessary Motions with the Court. Joey will not hesitate to take your case to trial and make sure you know what to expect from the process. We understand that this is a serious time in your life. We will give your case the attention it deserves. Contact us today.

If you have been arrested then you have enough to worry about. You do not need the added concern of having an attorney who provides poor service. Joey handles all matters in our office personally and you will be dealing with him directly. He also makes client communication a priority. He often gives clients his cell phone number, he quickly responds to messages, and he makes himself available to answer questions you may have. It is our honor to serve those in the Laredo community and we take this obligation very seriously.