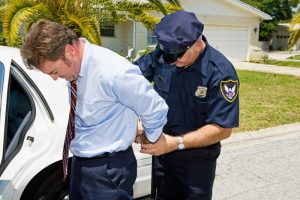 This is the second post in our series on the handling of domestic violence charges in Laredo, Texas. Our last article provided an overview of topics which this series will be addressing and it also stressed the need to speak with a criminal defense attorney if you or a loved one have been arrested. It is important to speak with counsel as soon as possible so that they may begin formulating a defense on your behalf. In this article we will discuss an issue that is, unfortunately, too common – the need to defend against false accusations. If you require assistance then contact our office today to speak with a lawyer.

Charges of domestic violence (which is sometimes referred to as “family violence” in Texas) are perhaps more likely to be based on false allegations than any other criminal case. This is due to the fact that such charges, if they end in a conviction, can give a person an advantage in child custody proceedings. There are also instances in which someone may make false allegations in an effort to simply “get even” with a significant other with whom they are angry. It is important to understand that such allegations must be taken seriously. Defendants sometimes make the mistake of thinking that they will appear in Court and simply explain to the Judge that the allegations are false. Such individuals are then surprised when they see the extent to which the prosecution is pursuing charges.

There are several steps which your attorney can take to help prove that the allegations are false. First, they can acquire all records from any Family Court proceedings in order to show that the alleged victim has a motivation to lie. If the alleged incident occurred in a public place then counsel can also subpoena security footage, interview potential witnesses, and gather other evidence which will contradict the allegations. Also, individuals who make false domestic violence claims often engage in conduct which is inconsistent with their allegations. Such conduct can include contacting the defendant repeatedly and excessively after the alleged incident occurred, sending the defendant harassing emails and social media messages, and bragging about the charges through public forums such as Facebook, Twitter, and more. By acquiring this type of information an argument can be made that the allegations are false.

We cannot stress enough the fact that you should contact an attorney as soon as possible if you have been arrested. The sooner you gain representation then the sooner a defense can be built on your behalf. Our Laredo criminal defense lawyer believes that everyone is entitled to a vigorous defense and he is ready to assist you. Contact us today.