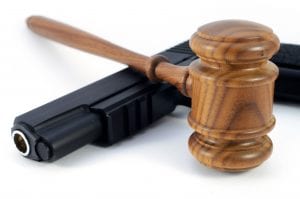 I have addressed a number of topics over my recent posts. The issues which I have analyzed include:

I chose to address these issues for multiple reasons. First, it is not uncommon for a firearm to be discovered only through law enforcement’s violation of a defendant’s Fourth Amendment rights. If such a violation occurred, it may be possible to have the gun excluded from evidence. Depending on the facts of the case, such an exclusion may lead to a dismissal of the charges. Second, individuals are often caught with guns while committing other crimes. Possessing, or worse yet using, a firearm during the commission of another offense can lead to a substantial elevation of the penalties which an accused will face. Finally, it is important to understand that Texas is like many other states in that it prohibits a felon from possessing a firearm. This means that it is illegal for a convicted felon to even hold a gun, regardless of who owns the weapon.

One point I stressed in each of these articles is that it is crucial to immediately contact a criminal defense attorney after one has been arrested. It is understandable that a person may think that there is “nothing they can do” after a firearm has been discovered. The truth of the matter, however, is that an accused will often have options as to how they may proceed. As a Laredo gun crimes lawyer, I am experienced in handling such matters. Contact my office today to schedule an initial consultation. I also handle matters in other south Texas areas.