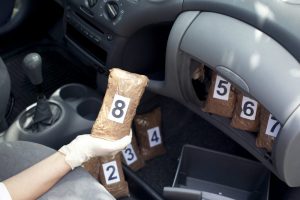 This is the next post in our series on the handling of drug-related cases in Laredo, Texas. Our last article provided an overview of topics which this series will be addressing. It also stressed the need to speak with a criminal defense lawyer if you or a loved one have been arrested. It is important that you speak with counsel sooner, rather than later, as such charges carry serious penalties. In this article we will discuss another important topic – how narcotics charges are impacted by search and seizure issues. Contact our office today to speak with an attorney.

Laredo police officers may not stop an individual on the street simply because they want to. Under Terry v. Ohio, the police may not stop someone unless they have “reasonable suspicion” to believe that such an individual is engaging in criminal activity. Such suspicion must be based on specific facts, which the officers can articulate, and may not be based on a mere hunch. Once an individual has been lawfully stopped, the officers may pat him or her down for safety purposes. If the officers violate these principles, and find incriminating evidence, then it may be possible to exclude such evidence from the Court’s proceedings.

The aforementioned rules are best explained through example. Say the police see someone standing on a street corner at a bus stop. This conduct, in and of itself, would not give rise to a belief that criminal activity is afoot. Now say that the same individual was observed standing at the bus stop for several hours but never actually boarded the bus. Now say that this occurred in a area known for high drug activity. Under this scenario, the officers may have reason to believe that the individual is dealing narcotics. Depending on the totality of the circumstances, they may reason to stop and question the individual.

If the police stop someone, without reasonable suspicion of criminal activity, and find drugs then it may be possible to have the narcotics excluded from the court’s proceedings. If there are no other charges then such an exclusion may lead to a dismissal of the case. The first step in requesting an exclusion of the evidence is to file a Motion with the Court. An evidentiary hearing will be set, at which the arresting officers will testify. If the Court finds that the Constitution was violated then the evidence will be suppressed.

Cases which involve search and seizure issues can raise complicated legal questions. It is vital that you retain an attorney with extensive experience in such matters. Joey Tellez is a Laredo drug crimes lawyer who has been practicing law since 2002. He prides himself on providing high quality service and our office is ready to assist you. Contact us today.