Laredo Defendants May Challenge The Constitutionality of Texas Laws 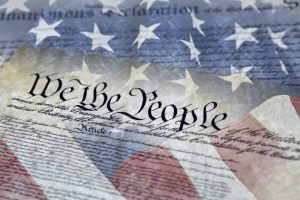 There are times when Laredo defendants wonder if their rights were violated during an arrest for illegal acts. Under some circumstances, such a violation can lead to the dismissal of criminal charges. There are other times, however, when the law which one was accused of violation is, in and of itself, illegal. In other words, a person may have been arrested for engaging in conduct which is protected by the U.S. and Texas constitutions. When such an arrest occurs it is possible to challenge the detention on the grounds that the accused is being held in violation of their rights. Our office recently gained a dismissal in such a case. We feel it is important for those accused of a crime to understand that, in limited instances, they may be able to challenge the constitutionality of the law itself.

We have previously discussed our handling of a case captioned TEXAS v. PRISCILLA VILLARREAL. The matter involved a popular local “vlogger” who was reporting on what she believed to be governmental misconduct. The defendant in this matter was accused of violating a Texas law which prohibited citizens from asking “public servants” for information if they intend to benefit from obtaining such information. Our firm challenged the accused’s detention on the grounds that it violated the First Amendment’s protection of free speech and freedom of the press. We also challenged the detention on the grounds that the law was unconstitutionally vague. In a recent decision, the District Court Judge agreed with our arguments and dismissed the charges.

The District Court found that the law at question was overly vague and, as a result, found the law to be unconstitutional. An individual’s right to due process requires that any laws make clear which conduct an individual may or may not engage in. If a federal, state, or local statute does leave ambiguity as to the types of conduct for which one may be prosecuted then the individual may challenge the law’s constitutionality. In the aforementioned matter, the Court found that the relevant Texas statute was unconstitutionally vague due to the fact that the idea of simply “asking for information” with the intent of obtaining a “benefit” can take on many meanings when the act of “asking” or the idea of a “benefit” are not clearly defined. As such, the law would apply to many forms of conduct which every day citizens may not actually consider illegal. As a result, the Court held that the law is unconstitutional and that the charges against our client must be dismissed.

The foregoing is an example of an instance in which a defendant can challenge the constitutionality of the law under which they are being prosecuted. We cannot stress enough that these types of challenges are rare but that there are instances in which a case can be dismissed on such grounds.

If you feel that you have been arrested for constitutionally protected conduct then it is important that you retain an experienced criminal defense attorney to assist you. Challenging the constitutionality of state laws involve complicated legal issues and it is best to have experienced counsel. We are ready to assist you if you feel your rights have been violated. Contact us today to speak with a Laredo lawyer.