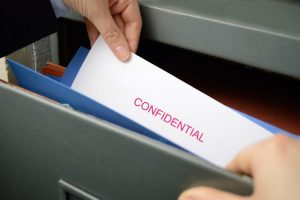 This is the next post in our series on the sealing or expunction of one’s past history. Our last article discussed the difference between the sealing and expunction of Texas criminal records. It is important to understand that sealing a record makes it unlikely that the record will appear in a background check while expunction completely removes it from all public databases. Only certain types of cases will be eligible for each of these processes. We will expand on that point by using this article to discuss whether or not Laredo residents are eligible to clear their history. A criminal defense lawyer can help one to determine their eligibility. If you require assistance then contact our office today to speak with an attorney.

Someone who has completed their supervision or sentence may be eligible to seal their record by obtaining an “order of non-disclosure.” It is important to note, however, that one may not obtain such an order simply because they want it. In order to seal a Texas criminal record it must be shown that the case met one of several criteria. Circumstances under which a defendant may request an order of non-disclosure include:

Determining whether or not your case falls within any of these criteria may not be as simple as it sounds. For example, if the case involved multiple counts or if you were charged in two courts then you may not be able to proceed with requesting an order of non-disclosure. Laredo residents can better understand their eligibility by speaking with an experienced lawyer.

Eligibility for an expunction is more limited than that for a sealing or order of non-disclosure. In order to expunge a Texas criminal conviction it must be shown that all of the following occurred:

If you are eligible to expunge your record then doing so is better for your future than sealing the record. Joey Tellez is a Laredo attorney who helps individuals gain a fresh start through his handling of such matters. If you have questions about your eligibility then contact our office today to schedule an initial consultation.