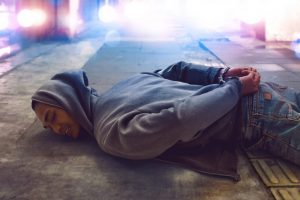 This is the next post on the handling of drug charges in Laredo, Texas. Our last post discussed how search and seizure issues can impact a narcotics arrest. It is important to understand that, depending on the circumstances, it may be possible to gain a dismissal of the charges if the violation of one’s rights led to the discovery of evidence. This is why it is vital that you speak to a criminal defense attorney if you feel your rights were violated. In this article we will discuss, as a general matter, the handling of cases which involve heroin. If you or a loved one have been arrested then contact our office today to speak with a lawyer.

It is difficult to watch today’s news without hearing about America’s “heroin epidemic.” A rise in the drug’s use, as well as in the use of other opiates, has reached what many are considering epidemic levels. As such, both prosecutors and judges tend to show little leniency to those who are arrested with the substance. This is especially true in cases which involve drug trafficking. It is important to understand that possessing even a small amount of the drug will lead to state jail felony charges. This means that any possession case will carry a mandatory minimum of six months. If the substance is being distributed to others, or if it is possessed in large enough amounts, then trafficking charges will be brought and a defendant may face up to ninety-nine years in prison. These potential sentences are in addition to time which may be imposed for other offenses (such as the illegal possession of a firearm).

There can be several ways to approach heroin-related charges. If the drugs were found through law enforcement’s violation of the Fourth Amendment then, as we discussed in our last article, it may be possible to gain a dismissal of the charges. Whether search and seizure issues can, in fact, lead to a dismissal will depend on the specific facts of the case. If such issues are not present in your case, then it is important to remember that it is the prosecution’s burden to prove beyond a reasonable doubt that you both knowingly and intentionally possesed heroin. If, for example, the drugs were found while you were driving a car that does not belong to you then it is possible that the substance, in fact, belonged to the vehicle’s owner. Such fact patterns are not uncommon, especially in cases which involve accusations of trafficking.

If you have been arrested and charged then it is vital that you contact a criminal defense attorney as soon as possible. While some drug cases can, at times, be seen as an issue of addiction, the same cannot be said for those who possess heroin. As explained above, the legal system takes such matters seriously. Joey Tellez is a Laredo drug crimes lawyer who devotes a substantial portion of his practice to defending the rights of the accused. If you require assistance then contact us today to schedule an initial consultation.