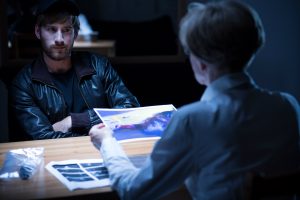 This is the next post in a series of articles focused on defending against aggravated assault charges in Laredo, Texas. The previous post addressed when it may be possible to exclude eyewitness identifications obtained through overly suggestive police practices. It also emphasized the importance of retaining a lawyer experienced in criminal defense to represent your interests. This article will focus on violations of an accused’s Miranda rights and the potential impact of police actions when placing the accused in custody. A defense attorney will review your case and help identify potential defenses to criminal charges. If you need assistance, contact my office today to speak with a Laredo criminal lawyer. We also handle matters in other south Texas areas.

The Fifth Amendment of the Constitution provides certain protections to criminal suspects, including what are commonly referred to as Miranda rights. A person being placed in police custody must be notified of their rights to remain silent and to have a lawyer present while being questioned. Miranda warnings must be given when the suspect is subjected to “custodial interrogation.” A person is “in custody” when a reasonable person in the same situation would not feel free to leave. This often occurs before the suspect is formally arrested. When a suspect is considered “in custody” is not always clear and is often the source of complicated legal debate. This is important because statements given to the police during a custodial interrogation but prior to being given one’s Miranda warnings, may be excluded from evidence.

In the context of aggravated assault, for example, the police may quickly respond to a chaotic scene to investigate. One can imagine a circumstance in which a suspect is quickly subdued by the police secured in handcuffs. If the officers begin asking questions at that point, neglecting to provide the Miranda warnings in the interim, this may be a violation of the suspect’s rights. If so, counsel will file a motion with the court to exclude the pre-Miranda statements from evidence. It should be noted that there are some well-established exceptions to the general rule, such as in situations where public safety is threatened by the suspect. In each case, the analysis will be highly dependent upon the specific facts of the situation. If, however, a violation is found to exist, the self-incriminating evidence or subsequently discovered related evidence may be excluded. Absent other objective evidence, charges against the suspect may be dismissed.

If you have been charged with aggravated assault, contact my office today to speak with a Laredo, Texas criminal defense lawyer. My firm is experienced in criminal law matters and dedicated to providing the highest level of service to our clients. I also handle matters in other areas of south Texas.