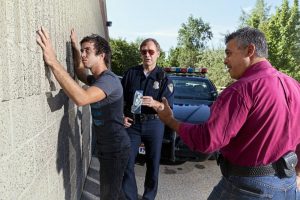 Individuals can face serious consequences for possessing marijuana or other controlled substances. It is important to understand that one faces such consequences even if they were not in possession of “hard” drugs such as heroin or methamphetamine. An arrest can lead to incarceration, a permanent criminal record, and the inability to pass a background check. If you or a loved one have been arrested then it is important that you contact a criminal defense attorney as soon as possible. Joey Tellez is a Laredo, Texas lawyer representing those who were arrested for possessing marijuana as well as schedule three and four substances. Our belief is that everyone is entitled to the highest level of representation and we are ready to assist you. Contact us today to schedule an initial consultation.

Laredo lawyer defending those charged with possessing or trafficking marijuana

Texas classifies marijuana differently than other controlled substances. As a result, the substance is not included in any of the state’s drug “schedules.” Possessing a small amount of weed can lead to misdemeanor charges which will carry a sentence of up to six months in jail. The penalties for possession will increase as the amount which was possessed increases. Possessing a large amount of marijuana can lead to drug trafficking charges. A defendant may also face additional counts if they possessed other illegal substances or a firearm at the time when they were arrested.

Misdemeanor charges will begin with the defendant entering a plea of “not guilty” at an arraignment. The Judge will set a trial date and defense counsel will be provided with police reports, surveillance footage, and other evidence which the prosecution is required to provide. If the evidence shows that the police found the marijuana by illegally searching the defendant’s person, car, or residence then it may be possible to gain a dismissal of the charges by filing a Motion to Suppress. If a dismissal cannot be gained then it will be the prosecution’s burden to show that the accused knowingly and intentionally possessed the substance. If an agreement cannot be reached then the case will proceed to a bench trial at which the Judge will decide the issue of guilt or innocence. Litigating such matters can involve complicated legal issues and it is important to retain a defense attorney with experience in these types of cases.

Joey Tellez is a Laredo lawyer representing those charged with possessing or trafficking marijuana. Joey will use your initial consultation to hear your side of the story, to begin formulating a plan for your defense, and to help you understand what it is you should expect as the case moves forward. Joey will file all necessary Motions with the Court if he believes that the police stopped you without having reasonable suspicion to do so. He will aggressively argue for a dismissal and, if one cannot be obtained, he will ensure that your case is prepared for trial. Our firm will work to protect your rights as your case moves through the system and we will be in contact with you each step of the way. This includes promptly responding to your phone calls and making ourselves available to answer your questions. Contact us online or by telephone to schedule an initial consultation.

There are a number of lesser addictive drugs which Texas classifies as “schedule 3” or “schedule 4” narcotics. Examples of these drugs can include codeine, paregoric, diazepam, alprazolam, propoxyphene, and pentazocine. Possessing these substances can lead to misdemeanor felony charges which, in turn, will have a substantial impact on your future. If you have been arrested for possession then it is crucial that you give the matter the attention it deserves by contacting an attorney. Our Laredo lawyer assists those charged in such cases and will make your case a priority. We are also able to assist with higher level offenses, such as those involving the possession of methamphetamine.