The Impact Of Search And Seizure Issues In Laredo, Texas Gun Cases 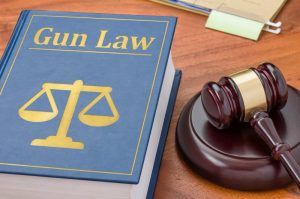 This is the next post in my series of articles about defending against gun-related charges in Laredo, Texas. The last post provided an overview of common issues that arise in these types of cases. I also stressed the importance of engaging a knowledgeable attorney to represent your interests. This article will discuss typical search and seizure issues that may impact firearm cases. A violation of your rights may result in the exclusion of evidence and even a dismissal of the case against you. If you have been arrested, contact my office today to speak to a defense lawyer.

The Fourth Amendment of the US Constitution requires police to follow specific rules when stopping an individual for a suspected crime. An officer must have reasonable suspicion that a crime is taking place or is imminent before detaining someone. This suspicion must be based on objective evidence. It cannot simply be based on a hunch. Physical evidence or witness reports to an officer may provide a solid basis for an arrest. If, following a valid arrest, the police conduct a search and find a firearm, this evidence may be admitted against the defendant in court. The rules must also be followed after the arrest occurs.

For instance, suppose the police observe an individual lingering outside of a jewelry store. The person is acting suspiciously by walking in front of the store for a long period of time, acting nervous, wearing dark clothing, and peering into the windows repeatedly. These circumstances may lead the authorities to suspect him of casing the store for a potential robbery. The facts may provide law enforcement with the reasonable suspicion necessary to stop the individual and search him. Suppose a firearm is found during a frisk of the suspect. In this case, evidence found during the search would likely be admitted against the defense. Now, instead, suppose the police have a tip that the store might be robbed. If the police stop someone who was simply passing by without any other suspicious behavior, a court may decide the officer did not have reasonable suspicion to justify a stop. If a gun is found during the unlawful stop, a court would not likely admit the evidence against the defendant because it was found in violation of his Fourth Amendment rights.

If law enforcement officials fail to meet the search and seizure standards, it is possible that evidence identified during a search may be excluded from evidence. To pursue this line of defense, a criminal defense attorney will make a motion in Court to suppress the evidence. The Court will schedule a hearing at which defense counsel will have the opportunity to question the police. The Judge will review the specific facts of the case to determine whether evidence obtained in connection with the unlawful search or questioning may be admitted against the defendant. The Court may determine that some or all of the evidence was ascertained in violation of the defendant’s Fourth Amendment rights. If so, it will evaluate the valid evidence remaining to decide if a criminal charge may still be brought against him. If the remaining evidence is insufficient, then the case may be dismissed completely. Even if the charges are not completely dropped, defense counsel may be able to negotiate more favorable terms on the defendant’s behalf. Each case is extremely fact specific. Given the complexity of the requisite procedures and the facts of each case, it is imperative to retain counsel as soon as possible to protect your rights.

Gun charges are serious offenses and can result in significant criminal penalties. An attorney with experience in these matters can help you understand your options. Contact my office online or by telephone to speak to a Laredo criminal defense lawyer if you have been arrested. My office also services other areas in south Texas.