Why Victims Should Seek Medical Attention Immediately After A Personal Injury Accident In Laredo, Texas 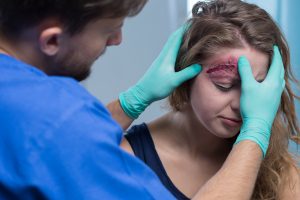 This is the next post in a series of articles intended to provide a basic overview of the legal process for victims of personal injuries in Laredo and other areas of Texas. The previous article highlighted the key topics to be discussed throughout this series. In this post, I will address an important early step in every personal injury case: seeking medical attention as quickly as possible after the injury occurs. Unfortunately, delaying treatment is a common mistake made by victims, which can cause serious problems in a legal proceeding. If you or a loved one have suffered a serious injury, contact my office today to speak with an experienced attorney.

When a person suffers an injury caused by the negligence or intentional misconduct of another, they are entitled to seek compensation under the law. In every personal injury matter, the victim must prove that the defendant caused the injury and the extent of the damages suffered as a result. Aside from the obvious need to preserve one’s health, seeking immediate medical attention after an accident can be an important element in proving causation and damages. The proximity in time between the incident and the diagnosis can help to tie the event to the injury. Delays between the accident and the diagnosis open the door for defense counsel to argue that the injury could have been caused by something other than the accident. They may suggest that an otherwise minor injury became more severe by failing to address it immediately. The lack of urgency in seeing a doctor may also create the negative implication that the injury may not be as serious as the victim claims. While failing to get medical care immediately may cause difficulties, it does not preclude a victim from seeking compensation for their injuries. It may, however, create the need for medical experts or accident reconstructionists to help prove liability and damages.

For example, a driver who is rear-ended at an intersection indicates to police that he is not injured and declines riding to the hospital in an ambulance. After five days, however, he visits the ER for a sore neck and back and learns that he has whiplash and a few broken ribs. He will likely miss work for a period of time and may have to undergo physical therapy for several months to fully recover. The victim claims the other driver is responsible and seeks compensation. If the injured driver had gone to the hospital immediately following the crash, his medical records could have been used to demonstrate that the injuries resulted from the accident. Instead, defense counsel may challenge the causation argument by suggesting that other events during the intervening five days may have led to or exacerbated the injuries. The defense may claim that the victim’s purported damages are exaggerated. Using his refusal for treatment at the scene and the lack of urgency in going to the ER, the defense may question the seriousness of the injuries. These difficulties may have been avoided altogether had the victim sought treatment sooner.

If you have been injured in an accident and need assistance, contact my office today to speak with an experienced personal injury attorney. I am an accident lawyer who serves clients in Laredo and other areas of south Texas.