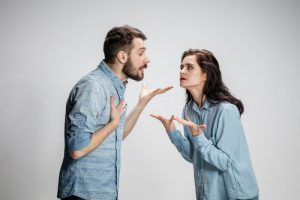 This is the next post in our series on the handling of domestic violence charges in Laredo, Texas. Our last article discussed the trial process in a domestic violence case. It is important to retain an experienced criminal defense lawyer after you or a loved one have been arrested. The sooner you retain counsel then the sooner they may begin building a defense on your behalf. In this article we will discuss the possibility of claiming self-defense in such a case. If you require assistance then contact our office today to speak with a lawyer.

Everyone has the right to defend themselves against an assault. This is true even if the other party is a relative or spouse who is committing domestic violence. It is important to understand that one is allowed to defend themselves by using only the amount of force that is reasonably necessary to stop the assault. If one uses more force than was necessary to defend themselves then they will have gone beyond what the law considers to be “self-defense” and they will be considered as having committed assault themselves. This means for example, that if someone is shoving you then you may use the amount of force necessary to leave the situation or to get them to stop. You may not beat them with a baseball bat or some other weapon to stop the shoving. Whether the amount of force used, to stop an an assault, is “reasonable” will depend on the specific facts of the case. Laredo defendants should always consult with a lawyer and not automatically assume that they will be found to have been acting in self-defense.

It is important to understand that the police sometimes make mistakes. When law enforcement arrives on the scene they can only form an opinion that is based on the evidence that is available. If each side is claiming that the other was the “primary aggressor” then the police may mistakenly arrest the wrong party. It will then be necessary for a defendant to show that they were acting in self-defense and they, in fact, did not perpetrate domestic violence. A defense lawyer can conduct a full investigation into the matter and, depending on the facts of the case, begin to identify evidence and witnesses which will show that the accused was not the primary aggressor.

If you have been arrested for family violence then it is important to retain qualified counsel. Joey Tellez is a Laredo attorney who has been practicing law since 2002. He believes that everyone is entitled to a vigorous defense. Contact our office today.