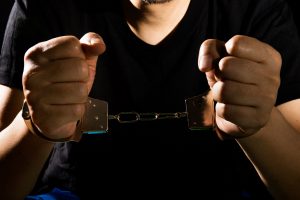 For obvious reasons, state and federal laws provide heightened levels of protection for children. Those convicted of crimes involving children typically face aggressive prosecution and are punished severely. This is particularly true in abuse or sexual assault cases when the alleged victim is a minor. Convictions may result in significant jail time, fines, requirements to register as a sex offender and a permanent criminal record. One’s criminal record and status as a sex offender will be a matter of public record, creating difficulties finding employment, housing, or accessing credit. Given the potential consequences of a conviction for sexually assaulting a child, it is crucial to contact an experienced criminal defense lawyer as soon as possible to represent your interests. Joey Tellez is a Laredo attorney who represents defendants charged with sexual abuse or assault of a child. He believes everyone is entitled to a strong defense and will give your case the attention it deserves. Contact our office to speak with a lawyer.

Laredo lawyer representing those charged with sexual assault of a minor

Texas law, like other states, establishes severe penalties for those convicted of sexual assault. This is particularly true when the victim is a child. Sexual assault is typically treated as a second-degree felony. Those convicted face between two and twenty years in jail and up to a $10,000 fine. If the offense involves a child under the age of fourteen, the defendant will be charged with aggravated sexual assault, a first-degree felony, punishable by five to ninety-nine years in prison and up to a $10,000 fine. Penalties are elevated for sexual assault convictions of victims who are six years old or younger or if the abuse involved a weapon. In such cases, defendants may face a minimum of twenty-five years in prison. In addition, the accused may be required to register as a sex offender. A charge of repeated abuse of a child within a twelve-month period, known as “continuous sexual assault of a child,” is punishable by between twenty-five years to life behind bars. It is not uncommon for child abuse charges to be accompanied by related charges, such as kidnapping or enticement, which could lead to additional criminal penalties.

Allegations of sexual assault against a child are generally investigated by a detective after a complaint is filed. The accused may receive a phone call during which the investigator will attempt to gather information about the alleged event. The information gathered usually forms the basis for the prosecution to issue a warrant for the accused’s arrest or to bring the case in front of a grand jury seeking an indictment. I cannot stress enough the importance of consulting with an attorney if you receive such a phone call, even if you feel you have nothing to hide from the detective. Speaking to a detective without first seeking the advice of counsel is often a costly mistake. In Texas, all sexual assault cases involving a child must be presented to a grand jury for indictment. While a grand jury proceeding is not as robust as a formal trial, an experienced defense attorney will not take the process for granted and will aggressively pursue the dismissal of the case at this phase using any evidence available. For instance, if the defendant was falsely accused, their attorney may present evidence of an alibi, including witness confirmation, to the prosecutor quickly to avoid an indictment. If the case is indicted and a trial date is scheduled, the defendant’s attorney will review the prosecution’s evidence and attempt to identify all possible defenses. These may include seeking the exclusion of evidence gathered by law enforcement in violation of the accused’s constitutional rights. For example, blood samples, testimony, or phone records that were obtained unlawfully may be excluded. Successfully preventing the admission of such evidence may result in a dismissal of charges depending upon the facts of the specific case.

Joey Tellez has worked with Texas residents accused of crimes since 2002. He has experience defending individuals charged with sexual assault of children. After he is retained, Joey will quickly contact the prosecutor and begin his investigation into the matter. He will work diligently to prevent indictment of the case. If indicted and a trial ensues, Joey will prepare all necessary motions to exclude evidence based on any police misconduct that may have occurred. He will also use his trial experience to communicate your defense clearly and effectively to the judge and jury so that the complicated legal theories and evidence are understandable.

Joey believes that every client is entitled to quality representation. This includes those charged with sexually assaulting a minor. For this reason, he prioritizes attorney-client communication and promptly returns phone calls and emails to keep his clients up to date about their case. Joey provides this high level of customer service to his clients in every case, whether in Laredo or elsewhere in South Texas.