Responding To Stalking Or Harassment Charges Based On False Claims In Laredo, Texas 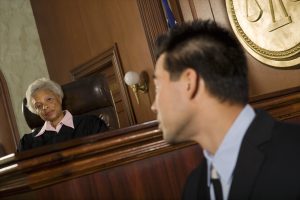 This is the next post in a series of articles discussing defending against stalking and harassment charges in Laredo, Texas. My previous post addressed how an individual should respond to being served with an emergency protective order after being accused of such charges. It is imperative to comply with the terms of an order of protection, even in cases where you believe the charges are unwarranted or fabricated. Failure to do so may result in additional criminal charges and penalties. Retaining a criminal defense attorney to represent your interests can help ensure that your case is handled properly. In this article, I will address a common issue that arises in stalking and harassment cases: false allegations of criminal activity. If you or a loved one has been accused of stalking and harassment, contact my office today to speak with a lawyer.

I have previously written about defending against false domestic violence allegations. Unfortunately, there are many instances in which individuals are falsely accused of stalking or harassment as well. The motivation for making false allegations can range from revenge against an ex-partner, attempting to damage someone’s reputation, or to gain leverage in an ongoing divorce or child custody proceeding. Should the accusation result in a conviction, serious criminal penalties will apply. In addition, if engaged in a custody battle, a conviction may mean the reduction of parental rights, including limited or supervised visitation requirements. It is important to vigorously defend against false charges to avoid such consequences. Because the Judge and the prosecutor must take accusations of stalking or harassment seriously, simply explaining to them that the allegations are untrue will not likely be enough to resolve the matter.

An experienced criminal defense attorney can assist you in demonstrating to the Court that the charges against you have been fabricated. Your lawyer will gather evidence, in a variety of forms, and present such information in accordance with the applicable legal rules on your behalf. For instance, if you are currently getting a divorce, evidence such as family court records indicating a bitter custody dispute may help establish that the accuser has a motive for lying about the charges. Other types of evidence may include witness testimony, security camera footage, phone records, or text messages that could contradict the allegations. For example, if cell phone records reveal that the accuser texted and called the accused repeatedly for days and the accused only responded once, that would be convincing evidence that the charges were false. If video surveillance footage proves that the accused was actually at work during alleged stalking incidents, that would also help demonstrate that the accuser lied. Regardless of the circumstances, working with an attorney can help ensure that your name is cleared and your legal rights are protected.

Being falsely accused of a crime can leave one feeling angry and unsure how to respond. Given the seriousness of the potential consequences, it is imperative that you take such charges seriously and properly defend yourself. I have experience defending clients who have been falsely accused of stalking and harassment and am ready to assist you. Contact us today to speak with a lawyer. We represent clients in Laredo and elsewhere in South Texas.