Understanding That Stalking And Harassment Charges Are Not Private Legal Claims In Laredo, Texas 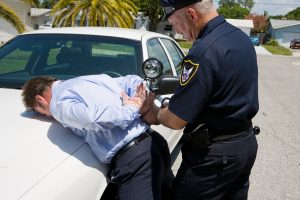 This is the next post in a series of articles discussing defending against stalking and harassment charges in Laredo, Texas. My previous post explained what to expect should such a case proceed to a criminal trial. While such matters are often resolved without the need for a trial, it is important to understand how the process works and the importance of retaining an attorney with the skills needed to navigate the system effectively on your behalf. In this article, I will address a common misconception that often occurs in stalking and harassment cases – the fact that such cases are not a private matter between two individuals. Many individuals fail to understand that such charges are criminal in nature. This misunderstanding can result in unintended consequences for both parties. If you need assistance with a stalking or harassment charge, contact my office to speak with an attorney.

When people think of lawsuits in the United States, they primarily consider civil disputes and criminal cases. Civil disputes involve a private citizen or business entity seeking monetary damages from another private citizen or entity. Cases such as personal injury lawsuits, trade secret violations, or employment discrimination are civil disputes that involve a private plaintiff and defendant. In a civil case, the plaintiff may decide at any time to drop the case and release the defendant from liability. A criminal offense, on the other hand, is considered a crime against the state subject to prosecution by the government. Stalking and harassment are criminal offenses. This means that once law enforcement becomes involved in the matter, it will be up to the state whether or not to prosecute the accused and not up to the accuser. In cases involving accusations of stalking and harassment, it is not uncommon for an accuser to later wish to withdraw their complaint against the accused. It is also not uncommon for an accused individual to believe they can convince the alleged victim to “drop the charges.” This is not the case. While the impacted parties’ input may be an important consideration for the prosecution, the decision to pursue criminal action against the defendant will rest solely with the state.

Those charged with stalking and harassment are encouraged to retain defense counsel to address such charges even if they believe the accuser wants the charges to be dropped. Consider the following example. A husband and wife are separated and have decided to divorce. In the interim, he learns that she is dating another individual and decides to follow her to their usual hangouts to see whether this is true. He confronts her and begins to send ongoing threatening text messages to her regarding the new boyfriend. After two weeks of this behavior, she reports the matter to the police and seeks a protective order for harassment. A month later, the husband and wife decide to reconcile. She now believes she overreacted when reporting the harassment and wants to withdraw her complaint. The matter, however, is in the hands of the state and the prosecution. Because this is a criminal matter, the state will ultimately decide whether to terminate the protective order and pursue the pending criminal charges.

I cannot overemphasize the importance of taking stalking and harassment charges seriously. This is true even if you believe the accusations against you are false, exaggerated, or that the other party will “not press charges.” Failure to defend against the charges may result in significant criminal penalties. If you are facing stalking or harassment charges, my office is ready to assist you. Contact us today to speak with a Laredo criminal defense lawyer. We also serve clients in other areas of south Texas.