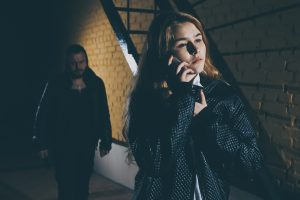 This is the first post in a series of articles addressing defenses against charges of stalking or harassment in Laredo, Texas. People often misunderstand the types of actions that legally constitute such crimes and use the terms incorrectly in day-to-day conversation. In Texas, as in other states, both stalking and harassment are serious criminal offenses that may result in fines and incarceration. Accusations of such behaviors, even if based on false information, should be taken seriously. This series will provide information about the legal definitions and potential penalties for stalking and harassment under Texas law. It will also discuss issues that commonly arise when one has been accused of such offenses. If you have been charged with stalking or harassment, contact my office today to speak with a lawyer.

This series will focus on the following key topics:

I felt it was important to discuss these subjects for several reasons. First, Texas law defines harassment and stalking very broadly. There are countless ways that a person may violate the law and commit such acts. Because of the long-term consequences and serious potential penalties for a conviction, it is important to be aware of what Texas law considers illegal harassment or stalking of another. Second, for the safety of alleged victims, Judges will often issue emergency protective orders when harassment or stalking is reported. If you have received notice that a protective order has or may be issued against you, it is imperative to seek the advice of a legal professional to explain your rights and obligations. Third, unfortunately, false allegations of stalking and harassment are fairly common, particularly in the context of pending divorce or custody cases. Even when the charges are untrue, failing to defend against them can result in convictions with serious ongoing consequences. Fourth, should a case proceed to the trial phase, the accused should understand what to expect during that process. Last, because stalking and harassment are criminal offenses, the ultimate decision of whether to prosecute reported claims rests in the hands of the prosecutor’s office. Private individuals do not have the option to drop the charges against an accused.

If you have been accused of stalking and harassment, it is critical to contact a criminal defense attorney as soon as possible to represent your legal interests. My office is ready to assist you. Contact us today to speak with a Laredo criminal defense lawyer. My office also serves clients in other areas of south Texas.