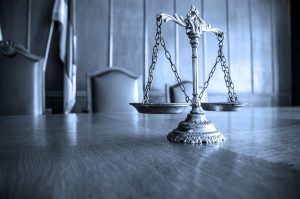 Stalking and harassment are terms casually used by many Texas residents to describe annoying or irritating behavior, such as telemarketing calls, text messages from one’s ex, or an overly attentive co-worker. Many people do not realize that stalking and harassment are criminal offenses, both carrying significant potential penalties. A person accused of stalking or harassing another may be the subject of a protective order, in some cases without a hearing. If so, the accused may be prevented from going into their home, seeing their children, or possessing firearms until the matter is resolved. Unfortunately, many reports of stalking or harassment are fabricated or exaggerated for a variety of reasons. It is important, therefore, to take such allegations seriously and contest the accusations in court, particularly if one is falsely accused. Joey Tellez is an experienced criminal defense lawyer who assists Laredo residents accused of stalking or harassment. If you need assistance, contact our office today to speak with an attorney.

The crime of harassment occurs when a person contacts another intending to cause them worry, fear, or some form of embarrassment or humiliation. One can be harassed in person or through other means such as email, phone calls, text messages, or social media posts. If the conduct is threatening, the offender may be charged with the more serious crime of stalking. Under Texas law, harassment is a Class B misdemeanor, which carries a penalty of up to 180 days in jail and a fine of up to $2,000. Stalking will be charged as a third-degree felony, which carries a penalty of 2-10 years in prison. Whether one’s conduct is considered harassment or stalking is highly fact-specific. For instance, if a neighbor sends one annoying text after a disagreement, this may not rise to the level of harassment. If, however, the messages are recurring or followed by a series of Facebook posts about the incident, this may constitute harassment. If the single text message was threatening and the person legitimately fears for their safety, the single text may be considered stalking.

Given the potential penalties involved, being accused of either crime is a serious matter. Police take swift action in response to such allegations. Once a victim reports the behavior to law enforcement, a judge may issue a temporary protective order against the accused. TPOs generally prohibit any type of contact with the victim, directly or indirectly, and prevent the defendant from going near the victim’s home, place of employment, or other known locations. Depending upon the nature of the relationship, the TPO could have serious consequences for the accused. Consider the following example. If one spouse obtains a protective order against the other during a bitter divorce, the protective order could prohibit them from returning to the family home or visiting with their children until the issue has been resolved. Violations of a protective order can result in additional criminal charges. In addition, if a TPO is issued during a pending custody battle or divorce proceeding, a judge may consider that factor when issuing his order related to child custody or property settlements. Furthermore, if the accused is arrested and charged with either stalking or harassment, the information will appear on the individual’s criminal record, which could impact one’s employment, professional licensing, or right to possess a firearm in the future.

These laws are in place to protect Texas citizens. That said, stalking and harassment charges are sometimes the result of false allegations for a variety of reasons. Whether out of revenge against an ex, for leverage in a custody case, or following a disagreement, many people seek protective orders under false pretenses. It is especially important to defend against fabricated criminal charges. Defendants often believe that they can simply explain to the judge that the accuser exaggerated or lied in their complaint and the matter will be resolved in their favor. This is not the case. Protective order hearings and criminal trials are formal legal proceedings and the court will expect the parties to follow the rules of evidence and procedure that apply. Being ill-prepared for the proceeding can have disastrous consequences. It is important, therefore, to retain an experienced criminal defense attorney to represent your interests. A lawyer will immediately begin an investigation into the claims and begin gathering evidence to refute the allegations. Counsel will understand the rules of evidence and present objective information, such as witness statements, phone records, or video footage to the court in support of your defense.

Joey Tellez is a criminal defense attorney who represents those accused of stalking and harassment. His experience in the Texas criminal justice system gives him the knowledge he needs to aggressively represent his clients. He will thoroughly investigate your case, the evidence against you, and gather evidence in your defense. Joey understands how judges and prosecutors approach stalking and harassment matters and will use that information to benefit you.

Joey understands what is at stake for his clients when they have been accused of a crime. He realizes that his clients are under significant stress and do not need the added frustration of an unresponsive attorney. He is dedicated, therefore, to providing high-quality service to his clients. He answers phone calls and emails promptly to keep them updated throughout the case. Our Laredo office is ready to assist you. In addition to Laredo, we serve clients throughout South Texas.