Laredo, Texas Defendants Must Understand The Penalties For Domestic Violence 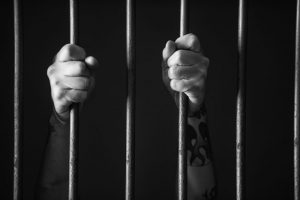 This is the next post in our series on the handling of domestic violence charges in Laredo, Texas. The last post detailed what to expect at a jury trial in a family violence or domestic assault case. As we stated in the previous article, Texas differs from many other states in that defendants charged with misdemeanor domestic violence are afforded the right to a jury trial. Because of the seriousness of these charges, it is important that you seek assistance from an experienced criminal defense attorney. In this article, we will explain why defendants must understand the penalties associated with such charges.

Domestic assault or family violence can involve a wide range of charges. Serious offenses may result in being charged with a first-degree felony. First-time offenses that do not involve weapons or result in serious bodily injury, however, will typically result in a class “A” misdemeanor. Such charges carry a sentence of up to one year in jail and a fine of up to $4,000. However, if that same defendant were to assault one or more family members twice within a 12-month period, he or she would be charged with “continuous violence against the family.” This charge is a third-degree felony and carries a sentence of two to ten years in prison and a fine of up to $10,000. Furthermore, if weapons are used or serious bodily harm is inflicted, then a defendant will likely face an “aggravated domestic assault” charge. This offense carries a sentence of up to ninety-nine years in prison and a fine of up to $10,000.

There are other potential penalties that may also be associated with this conviction. For example, once an individual has been convicted of domestic violence he or she is no longer permitted to carry a weapon under both state and federal law. This applies even if the defendant is charged with a misdemeanor. For some offenders, this restriction can have disastrous consequences as any field that requires one to carry a weapon would be unattainable. One of the most unfortunate penalties is also the most basic, which is the creation of a criminal record. Once an individual has a criminal record, he or she will find it difficult to pass a background check, which can affect every aspect of one’s life.

Ridding oneself of criminal charges as soon as possible is often a concern for those charged with domestic violence. This desire may lead to accepting a plea agreement without fully understanding the ramifications of doing so. Speaking with an experienced attorney before your initial court appearance will prevent future complications associated with these deals. Laredo criminal defense lawyer Joey Tellez has been practicing law since 2002 and he is experienced in handling such matters. Contact our office today.